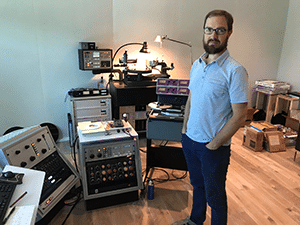 In this week’s episode of Recording Studio Rockstars, Ryan Smith talks about learning vinyl mastering from George Marino, how to get started listening to vinyl, his new studio at Sterling Sound Nashville, and gives some pro tips for DIY mastering from your home studio.

Who is Ryan Smith?

Ryan Smith is a mastering engineer at Sterling Sound. He has mastered records for a wide variety of artists, including Greta Van Fleet, Elle King, and AC/DC.

Ryan Smith began his journey in the world of audio when he moved to New York City in 1995. In the late 90’s he moved through various recording studio gigs and other “audio odd jobs” around New York City. This eventually led to a job as an assistant engineer at Manhattan’s Right Track Recording. This opportunity gave Ryan the chance to work alongside legendary engineers and producers, including Phil Ramone, Arif Mardin, Russ Titelman, and Frank Filipetti.

In 2002, Ryan made the move to mastering. He joined Sterling Sound where he’s been for the past 17 years. Early in his career at Sterling, Ryan spent time working alongside both Ted Jensen and the late George Marino. In addition to digital mastering, Ryan learned the art of vinyl mastering and lacquer cutting from George. During the current resurgence of vinyl, Ryan has become one of the most in-demand vinyl specialists in the industry. 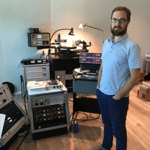