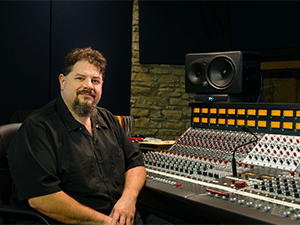 In this week’s episode of Recording Studio Rockstars, Steve Chadie talks about recording Willie Nelson and his guitar Trigger, basic mixing techniques for a full-band session, lessons learned from Andy Johns, how to record with the lights off, and his favorite plugins for mixing. Plus lots more!

Steve Chadie began his career as an intern at Willie Nelson’s Pedernales recording studio in 1995, quickly working his way up to Assistant Engineer for Larry Greenhill. Upon Greenhill’s departure, Steve took on the position of Head Engineer. This opportunity gave him the chance to capitalize on everything he learned while working alongside many producers, including: John Porter, Paul Leary, and a recurring 14-year stint with legendary producer Andy Johns.

Steve has been awarded multiple gold and platinum records and several Grammy nominations. He obtained these milestones while working with artists like Sublime, Wilco, Los Lonely Boys, the Supersuckers, and Merle Haggard.

Whether recording major label artists or local bands, Steve approaches the task with the same enthusiasm, attention to detail, and artist comfort as he was taught to do from the start. He has a deep respect for the art and is always willing to lend a helping hand, gear, or advice to upcoming young engineers that he collaborates with. He is of the opinion that this is an apprentice-based guild and knowledge should be passed down to these engineers to keep the craft alive. 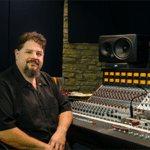