A Look at Voice Acting for Video Games 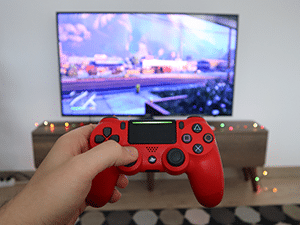 Voice acting for video games is one of the most challenging jobs for a VO professional. To flourish in this niche industry you will need lots of practice, proper training, and dedication.

Pursuing a voice-over career is already a difficult occupation. The internet has changed the profession by giving anyone the opportunity to pursue VO jobs. The video gaming industry has evolved at a rapid pace while voice-over competition has only become stronger. Video game developers were only scratching the surface with dialogue back in the day. Now, video game creators need to make detailed storylines that submerse the gamer into a creative fantasy world.

This article will explain a few key points to contemplate as you work your way into a video game voice-over jobs.

As a voice-over artist for video games, you need to convey an authentic and relaxed speaking method for the characters you depict. The speed of production is also much faster than a cartoon TV show or an animated instructional video. Many games have thousands of lines that you’ll need to read and record without much preparation or time for multiple takes.

You will most likely have little time to prepare or learn about the game.

Performance on the fly and working comfortably with a director’s instructions is a must. If you get lucky, the entire script will be provided so you’ll have some insight into what the other characters are saying. Even with some context, you will still have to cold read most of your lines and be ready to work at the pace of the director or with vague directions from the game’s developers. You might only have the chance to read each line a few times as you move rapidly through the script.

The Sessions will Test Your Vocal Cords

If you score a voice acting job for a video game be prepared for 3-4 hour sessions where your voice will be pushed to the limit. Think about all the times that a video game character gets blown to pieces, set on fire, falls from a great height, shot to death, or attacked by an enemy. These kinds of events happen hundreds of times throughout a game.

Your vocal cords will need to be able to endure a lot of talking and different inflections. Unlike a typical narration – shouting, roaring, grunting, and yelling are routine vocal styles that you must be able to perform. Speaking in these vocalizations is challenging and can damage your vocal cords if you don’t practice the proper technique.

Detailed planning will help prolong your vocal stamina. If you know that some of the game’s scenes require screaming, save them for your final sessions. Make sure to adequately space your days in the studio out so your voice will have plenty of rest before the next session starts. Remember, its important to maintain the same tone of voice throughout the entire production.

When pushing your voice to the limits without a correct approach, you might have to end your sessions early, lose the job to a replacement, or cause serious damage to your vocal cords. Let’s look at a few tips on how to safely scream and shout for video games.

A strong imagination will take you a long way in the video game business. The director and game developers may give vague instructions during your audition. If so, trust your intuition and be brave to make choices on the fly. Exemplifying your imagination and speedy work ethic will help you nail the audition. Even if you don’t land the job, you might find yourself on the top of the call list for a future project.

Prepare Yourself by Playing Video Games

Landing video game voice-over jobs is difficult. It’s very helpful to play different game genres to familiarize yourself with the kind of vocal styles that are used. Pay close attention to the different characters’ voices and the flow of the gameplay. Just like any other form of acting, emotions and authenticity are necessary ingredients to bring the scene to life. Khris Brown, who has worked extensively on Ubisoft titles like “Assassin’s Creed” says, “I look for people who can truly convey the heart and soul of a character”.

Like all voice-over jobs, the more you practice the better suited you’ll be for nailing your audition and getting a callback. Work on your characters, track your vocals with new techniques, and use the right equipment to perfect your workflow.

Persistence is necessary for breaking into the industry as well. Like most acting jobs, you might have a tough time landing any big-name video game auditions without living in Los Angeles. Don’t let this keep you from casting a wide net. Many smaller roles for computer games and mobile phone games are listed online every single day. Get creative too. If you know a new game is being developed, attempt to reach out to its developers on social media to let them know you are looking forward to the release and tell them why how you’d make the character come to life with your voice.

Demo reels are a must have. As your repertoire grows, make sure you have a way to submit your best work to stand out from other candidates.

Growing your career as a video game voice actor is a difficult endeavor. However, with perseverance and a creative approach any professional voice actor can break into the industry. Who knows, maybe you’ll be the next big star? 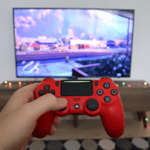 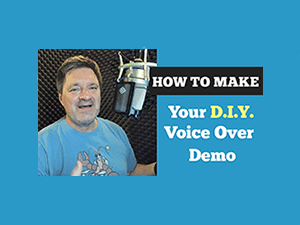 VO Tips From Bill DeWees: A Beginner’s Guide to Your First Voice Over Demo 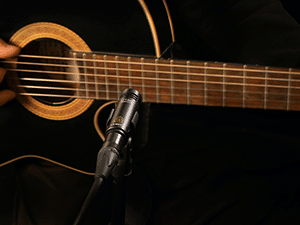 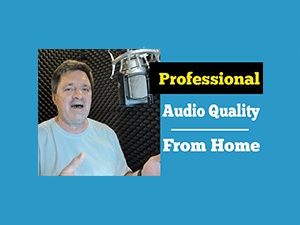